In spare moments on my vacation I have built most of the interior on my oil loco. I have not tried to replicate anything in great detail as very little of it will show on the finished model. I have installed a rough presentation of the one cylinder engine, gear box and the most visible levers. We have had a wonderful summer in Denmark and all modelling has been done outside on a garden table. You can actually work on your tan while railway modelling!


I have also begun modifying the MK35 figure that will become the driver of the little contraption. Until now I have been cutting heavily into the figure's legs to make him fit in the cab. He will be fitted in the cab by brass pins through the floor to make him removable.

I hope to be able to present a finished loco at the next Gauge 1 exhibition in November. Even with other projects going on. I think it is a realistic deadline.
Posted by Claus Nielsen at Thursday, July 24, 2014 No comments: 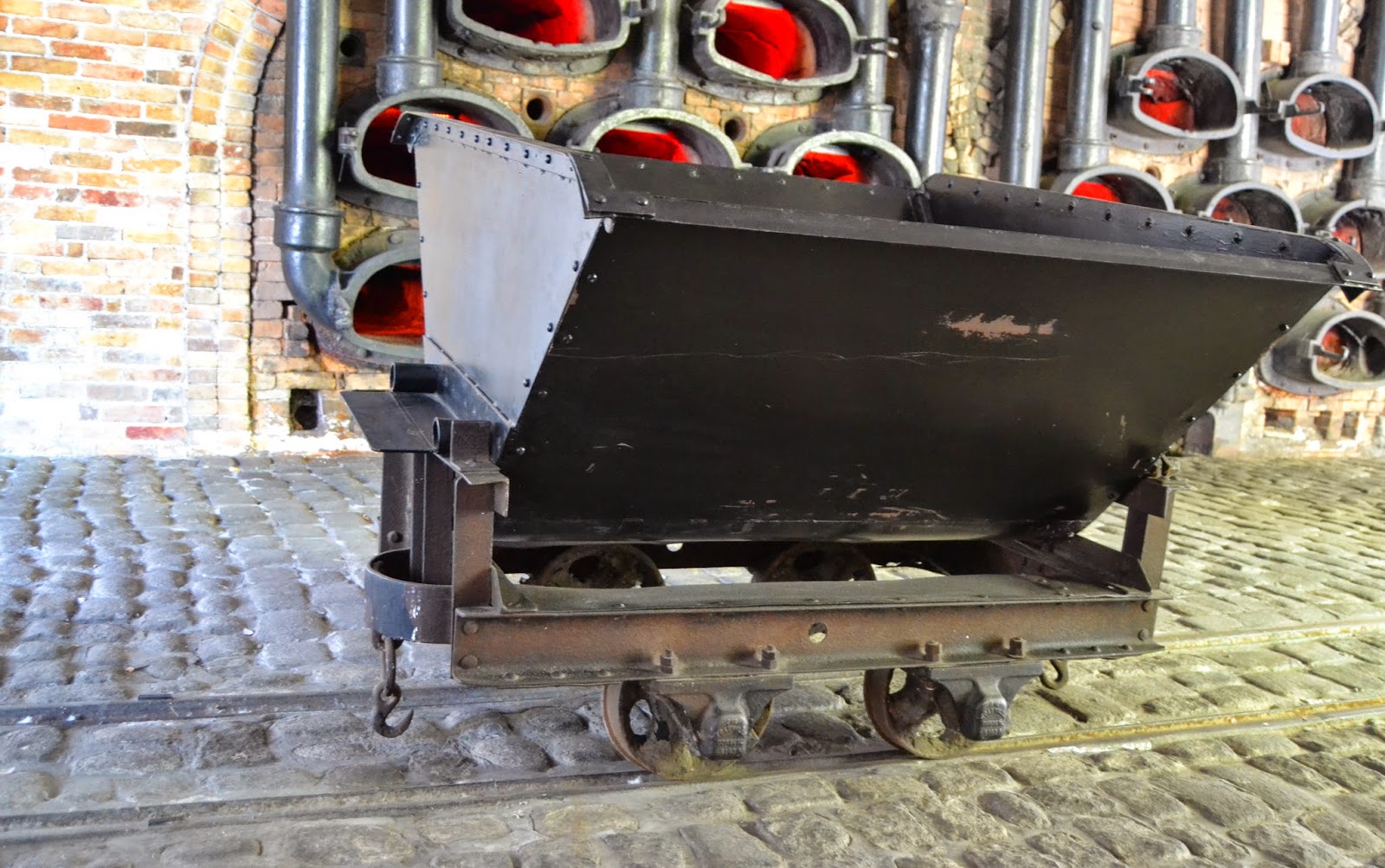 The gasworks in Athens was built by French investors, opened in 1857 and only closed in 1984. The old retorts were still used until closure and fired in the same way as when the gasworks opened. It must have demanded a good deal of Greek flexibility towards environmental and health and safety standards! See a few images from the museum at my Flickr-album.

You don't have to go to Greece to see historic Decauville skips as the Dutch Decauville Spoorweg Museum has several. Visit the museums website.

Back home I have enjoyed some quiet outdoor modelling in the summer cottage. There is some progress on the oil loco to report - more on that later.
Posted by Claus Nielsen at Tuesday, July 15, 2014 No comments:

Some time ago I mentioned that a ‘companion’ to my Nystrup Gravel is slowly being built in another part of Denmark. Although this narrow gauge industrial railway is in 1:32 scale (as it has to match the owners’ Gauge 1-layout called 'New Langeland's Railway' - Ny Langelandsbanen in Danish) I consider it very much a ‘partner’ for my own 1:35 railway as they share both gauge and theme. Recently there has been much progress on the layout. Not least around the narrow gauge line. My friend and his wife has done a lot of track laying and landscaping. While there is still some work left before the line is finished (will it ever be?), I thought I would share a few images with you. Notice that there is still being worked on the layout.﻿

﻿
With the progress on the owners' home layout I wonder if they will have time left for work on their narrow gauge modules? Their modules can be attached to mine and share my fiddle yard as one end of our common line. We hope to make contact with a standard gauge module in the other end of the line. We are not co-running our modules often, but will be running trains of skips together at the next Gauge 1 exhibition in November.