While finishing a few smaller projects I have been building up a stock of some of the things needed for my planned model of a Danish built Pedershaab locomotive. With parts ready, I have now finally started building the model on the basis of homemade sketches in 16 mm scale based on prototype drawings.

The main part to be sourced was the power unit. I decided to try out the adjustable length power bogie from UK-based Swift Sixteen. As my Lister the Pedershaab will be powered by battery. I plan to fit two Li-ion Japcell JC123R 3.7 V 650 mAh batteries in the engine compartment and RC equipment under the driver's seat. The model will feature one working headlamp on both front and rear to make running in the dark a little less dangerous. Micro LEDs were bought cheaply from the far east. The head lights were found on E-bay from German producer Dioramaparts that makes extra parts to add on car models. I will need to rebuild them into functional head lights.

The brass channel in the Swift Sixteen power bogie was cut with a Dremel fitted with a cutting disc. The cuts were cleaned up with files. I had wrapped the motor in masking tape in advance to avoid small metal bits entering the motor interior. The supplied bracket for joining the two parts fitted well and helps to create a solid unit. I soldered the frames together and despite a soldering iron a tad too small, I managed to get the solder flowing alright. The supplied delrin chain for powering both axles was shortened as per the instructions. Despite the large scale, the joining of the chain proved quite a fiddly task for me. Finally I managed to join the chain and much rejoicing followed. Guess what? The chain was one link too long...Well, at least I now had experience!


For the basic construction I have decided to rely on a design of well braced plasticcard. More plasticcard, brass, nickle silver and 3D-printed parts are planned to be used for details.

I cut a cardboard template for the frame top to help decide where to place holes for motor, wires and bolts for joining power bogie and loco frame. After a little shuffling back and forth with cardboard I could cut the first 5 pieces of 1.5 mm plasticcard.


With nothing looking much like a Pedershaab locomotive yet I have added a short film clip from the Pedershaab factory in Brønderslev. At around 0:23 finishing work is being carried out on a NG locomotive with wooden cab. 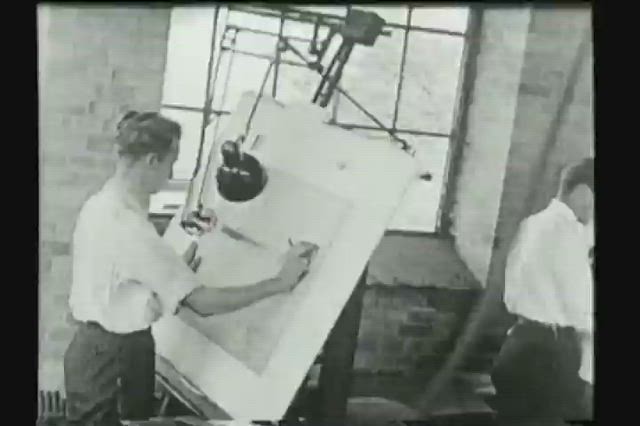 Back in October I bought a petrol pump for Nystrup Gravel. The pump from the American oil company Pennzoil is made by Hong Kong manufacturer Yat Ming and is a pre-assembled 1/18 model of metal and plastic. While some of the pump's parts are quite passable, others are over-simplified and the chrome plating does nothing to hide it.

The pump is most likely made to fit the many die cast car models in 1/18 scale. As some of the cars, the pump is also suffering from thick and toy-like parts. The basic structure is dimensionally alright and I decided to correct some of the worst shortcomings. With a little care I would be able to fix the pump and make use of it until I find something better.

The fuel hose would need replacing and I also wanted to dispense with the bracket used to hang the hose on when not in use. Other parts needed mould lines removed and a repaint. I also chose to make a new mounting plate and the top of the pump's concrete foundation.

I carefully prised to top lamp off the pump's glass tank and tore off the fuel hose. I covered the clear plastic part with masking tape before I used file and knife to remove mould lines on the pumping handle. I cut off the bracket for hanging the hose on and replaced it with a much more modest bracket from brass wire. I added bolt heads from plastic profile along a gap between two parts of the pump, making the gap look like a a parting line between two plates. The thick fuel hose was replaced with a length of electrical wire. Two slabs of 1,5 mm plasticcard represents the pump's mounting plate and the top of the concrete foundation. The four bolt heads were cut from octangonal plastic stock.

All freshly added parts were painted and weathered before the pump received a layer of matt varnish to tone down the shiny toy-effect. The masking tape was removed and the top lamp fitted again. The fuel hose still need some careful bending to hang just right.

Posted by Claus Nielsen at Tuesday, January 07, 2020 No comments:

Always on the search for information about Nystrup Gravel's history I have finally managed to get hold of an image of the company's little Lister locomotive. I found the picture in a newly donated box of pictures at the Skovby local historical archive. I'm in regular contact with the archive and in 2019 they have even begun to contact me if info on the gravel company shows up.

A copy of the image has been in my possession since August. The image shows the Lister at the petrol pump near the wooden loco shed in Nystrup. There is a clear view over a field to farm buildings in the background. Nystrup town is just out of sight behind the brick shed to the right. It seems to be autumn or very early spring judging from the leafless trees.

The new picture was what prompted me to build the brick shed and to buy a model of a petrol pump from the 1920's. The brick shed is finished and the petrol pump is on my workbench being modified at the moment.
Posted by Claus Nielsen at Friday, January 03, 2020 No comments:

Despite an intensive search for more of the same kind of modelling on narrow gauge industrial railways I haven't found any. It seems that the fashion business wasn't too keen on narrow gauge railways anyway.

10 years or more before the above shots were taken, an amateur photographer had the opportunity to catch four young ladies posing on a 600 mm gauge 1930's model Pedershaab loco. Again it's a chalk quarry only this time near Mønsted.
I look forward to a new year full of challenges and accomplishments with the kind of railway modelling done with knife, wood, soldering iron in a scale 19 times smaller than the real world. I wish every reader a productive 2020 modelling wise.
Posted by Claus Nielsen at Wednesday, January 01, 2020 2 comments: