The bakelite factory module is now finished (well as finished as a model railway ever gets). This afternoon I took advantage of one of the last days of my vacation to install wires and switches for the lights in the buildings. The switches and 12 V socket were arranged on the front of the module. 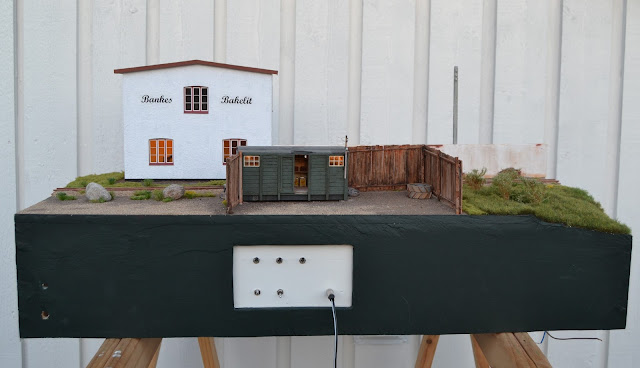 While the module gradually evolved towards finishing last summer, a few 'bald' spots still remained. These were taken care of this nice summer evening while I enjoyed the working lights in the buildings.


Being a slow modeller I seem to take forever to get the smallest of tasks done. I'm glad I only build a small module at the time. A whole layout would probably feel quite overwhelming.
Posted by Claus Nielsen at Friday, July 28, 2017 3 comments:

In my last blog update in June I showed some new photos of Nystrup Gravel's large Menck excavator. Nystrup Gravel's first excavator (as far as I know) was the Ruston & Bucyrus delivered in 1938. Here are a few images of the machine in one of the gravel company's pits west of Nystrup.


The R&B excavator is a 1:35 resin kit from Accurate Armour and a brilliant kit. I highly recommend it. Even if the kit is large and looks complicated you don't have to be an expert to put it together and produce an excellent result. I built my excavator in 2003 and made minor changes to the kit parts, primarily to show off some of the detailed interior.


As usual the tracked tractor 'Stalin' was standing in the pit waiting for its next task. The tractor originally belonged to a Soviet Army artillery unit, was captured by the German forces in 1941, brought to Denmark and bought by Nystrup Gravel after the war.

Posted by Claus Nielsen at Wednesday, July 12, 2017 No comments: 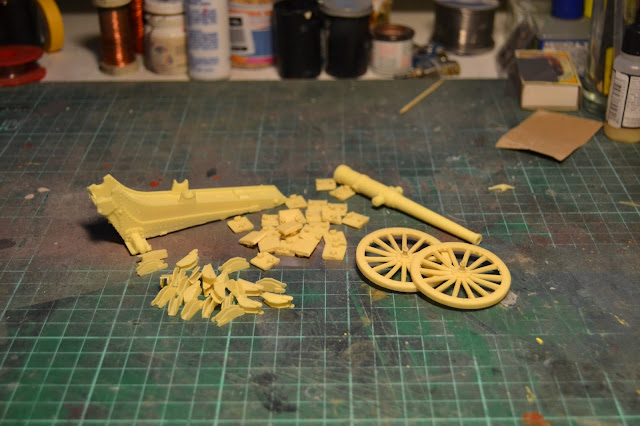