When I ordered the Chenard & Walcker van I also bought a 1:18 Renault Juvaquatre model 1951 station wagon. The station wagon was only introduced in 1950 a considerable time after the sedan Juvaquatre was launched in 1937! The model is made by French company Norev. As a metal diecast model it is quite heavy and makes a very sturdy impression. In this large scale diecast models can be made quite detailed and while small scale diecast models often have unrealistically soft details I don't think it is too obvious in 1:18. The car has interior detail, three opening doors and the bonnet opens too, revealing a detailed engine.

The car has good ground clearance and with the ability to carry some extra cargo in the rear compartement I thought the car would fit in as the local veterinary's vehicle. Being located in a rural area a veterinary would have enough work to do in Nystrup.
As opposed to the Chenard & Walcker van the Renault has no French features to be removed to fit in around Nystrup. Only the license plate will have to be exchanged with Danish ones. A slight toning down of chrome parts, and a light weathering of underside and lower sides as well as a few bags in the cargo area and the car should be ready for service.

As part of my testing if 16 mm scale is a viable scale for me to work in I have ordered a figure. In my view figures are a weak point of the scale, and the majority of the figures in the scale would never make into my ownership. I'm looking forward to see the figure as it may be a deciding factor if 16 mm scale is going to be a future scale for me.
Posted by Claus Nielsen at Friday, September 07, 2018 4 comments: 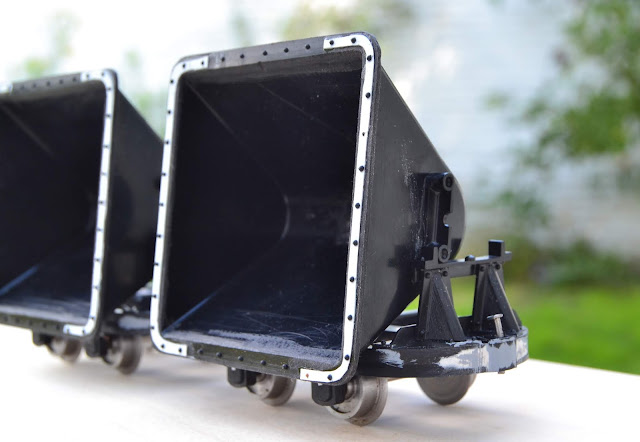 Posted by Claus Nielsen at Wednesday, September 05, 2018 No comments: