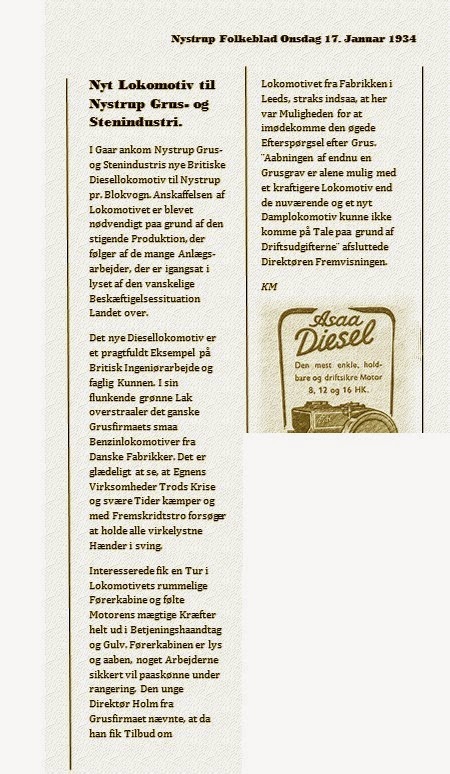 No doubt the journalist hadn't much experience of loco driving in the cold Danish climate. Only on warm summer days did the drivers appreciate the cab designed for much warmer climates. Most of the year they were freezing despite trying to close the cab with a variety of tarpaulins and wooden boards. The floor vibrating with "the mighty power of the engine" also failed to please the workers for some reason.
Posted by Claus Nielsen at Friday, April 24, 2015