As I'm quite fond of road vehicles I couldn't think of testing a new scale without checking out if any cars are available. I was pleased to find that you can get nice pre-assembled road vehicles in 1/18 scale that can be used in 16 mm scale. Most of the available models are modern or high-powered cars of no use to me. Nevertheless I found a rather good selection fitting within a 1950's Danish scene. I ordered a pair of nice, characterful French cars because I fancied them and was able to get them to a nice price.

One of the cars arriving in a very large box from France was a diecast Chenard & Walcker type CHV van from 1946. I'm not sure there ever was such a van in Denmark, but the design was taken over by Peugeot and vans of that type were seen on Danish roads. With a modest rating of 26 hp the van was most likely not exactly fast. 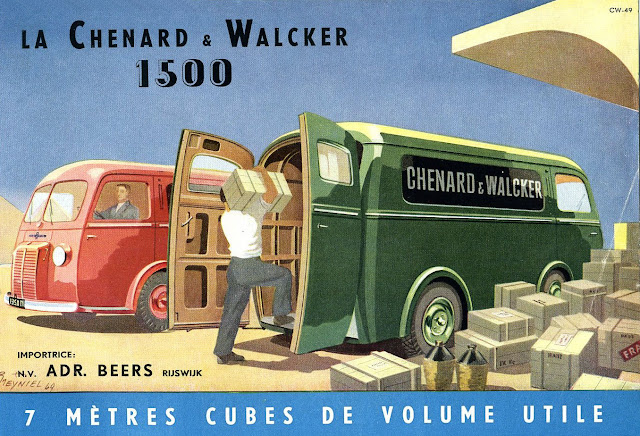 The manufacturer of the model is the French company Norev. Being made from metal it is probably the heaviest model I have ever owned! Despite being diecast and pre-assembled I find the detail very satisfactory. It must be the large scale that enables such fine detail to be achieved on a pre-assembled model right out of the box. The rear view mirrors on the doors look a little toy like, but I think a washing with diluted black oil paint will bring out the detail on the mirrors a little better. 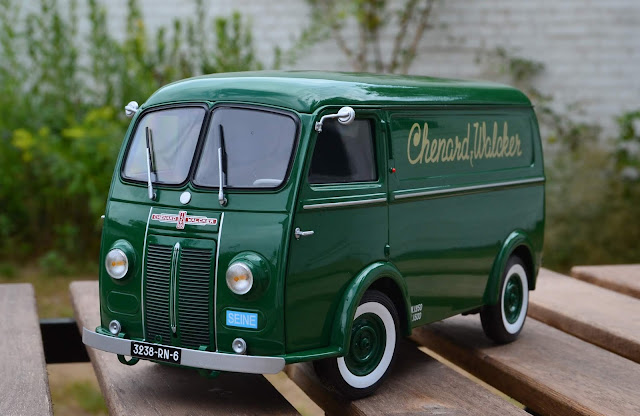 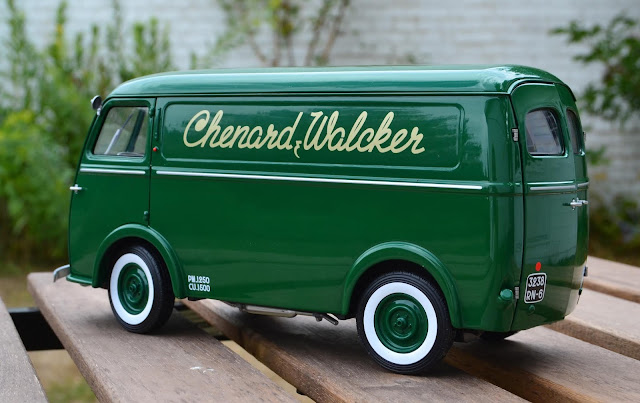 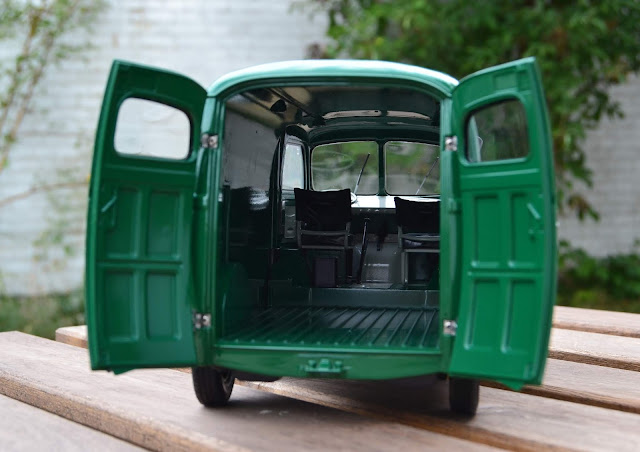 Most 1/18 car models probably end up as collectors' items in their boxes or in a cupboard. My lovely green van will be fitted with Danish license plates and I will try to remove most of the things identifying it as a French registrered car. It will probably receive some light weathering to enhance realism. It will make it completely worthless on the collectors' market, but I'm a builder and user of models, not a collector.
Posted by Claus Nielsen at Sunday, August 12, 2018