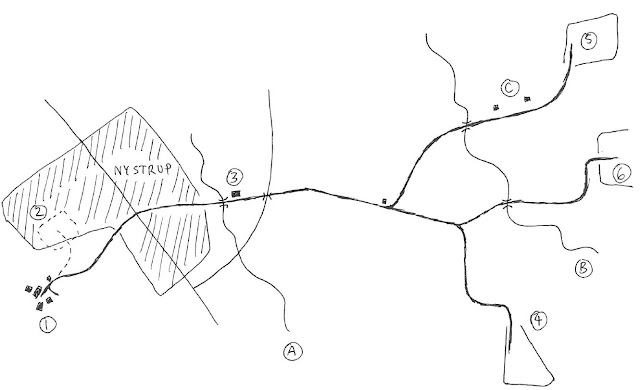 I'm currently planning to model a small part of the company's Nystrup facility in 16 mm scale. Just a few tracks, two or three points, some buildings and perhaps the ramp for loading lorries. With clever use of relief buildings and fences I hope to be able to make a credible model in a large scale in a limited space.
Posted by Claus Nielsen at Friday, October 25, 2019