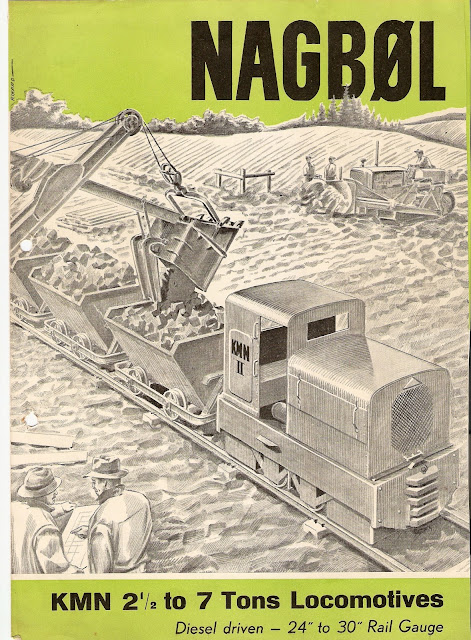 Nystrup Gravel didn't seem to be tempted to buy. By the beginning of the 50's the company had several locos in decent working order and didn't need more. Chief mechanic Petersen even had a few old relics parked on a siding in the woods that could be used if everything else failed. If only for a few days until repairs were made on the more modern locos. If nothing else the Nagboel company made an impression on at least one of Nystrup's employees. Someone glued a small poster from Nagboel on the wall in the loco shed. The poster can be seen in several images from the shed.
Posted by Claus Nielsen at Monday, June 10, 2013