Although the Danish summer so far has been nice and warm, the little stream running under Nystrup Gravel's 600 mm. line has been filling with water during July. Not a lot, but enough to give the impression of a trickling stream during summer.


Having for too long considered what commercially available product to use for water in my little stream, I have finally taken the plunge. Having read of all kinds of trouble with several brands of model water and having witnessed other modellers' challenges I decided to simply use gloss varnish. I had a few small containers with left over Vallejo gloss varnish that I could use up on the project.

I brushed on 8 rather thick layers of varnish over the gravel bed. As the varnish wasn't quite clear anymore (I think the varnish discolours over the years if not used) the dried 'water' took on a rather pleasing, slightly muddy look. I managed to apply 2-3 layers in an evening, leaving sufficient time for the varnish to dry before the next layer was applied. Originally I had intended the water to be somewhat deeper. Now I like the look of the almost dried out stream and besides, with thin layers of varnish deep water isn't really possible.

On my visit to Deutsches Technikmuseum in Berlin I admired a lot of the museum's models. While all of a very high quality and extreme craftsmanship the ones that caught my attention the most were those showing the use of technology in context and not merely a free standing model of a single machine.

The model of the sleeper impregnation works in the image above was ordered by the Railway Museum in Warsaw. When Poland was occupied by Germany in 1939 the museum was closed and the model taken to Germany in 1940. The model was exhibited in the then Verkehrs- und Baumuseum and later in the war damaged by allied bombing. Restored it now not only illustrates sleeper impregnation but also how museum exhibits moves around as history change.

The model is now as much a museum item as it is an illustration. Probably built around the time when the Hindenburg dam was opened (1927) it has survived the test of time, the Second World War, hard financial times and changes in museum priorities. It is also a sign of how good choices of materials in modelling combined with careful safekeeping will help a model survive. Today paper models from the Stegemann Brothers are handled the same way as original museum items are. Recently one of their models of an Egyptian pyramid was restored by a professional conservationist. I wonder if any of my models will survive as long as these two did?

As a result of some quiet vacation modelling my Opel bus is progressing well. The floor was finished with the use of Evergreen profiles and a little piece of plastic card embossed as tread plate. I glued the bonnet, front mud guards and the front part of the cabin to the chassis and floor. There were a few issues with the fit, but I managed to get everything lined up reasonable well. I've read that the real challenge begins with sides and roof...

I had a big task with the many seats as each had four attachment points to be cleaned up. I primed them with 'Corax White' from Citadel while Vallejo Air provided the covering colour of mahogany. The floor is also painted with Vallejo Air: 'US Air Force Dark Grey'. Both seats and floor still needs weathering.
A major task ahead of me is now planning how to prime, paint and fit the sides of the cabin and have the roof removable. To fit a few passengers at a later time the roof will have to remain at least temporarily detachable. A smaller task is detailing the dash board and driver's seat. I also have to get started on designing the decals and considering the colours of the bus. Maybe dark orange and green with a silver roof?
Posted by Claus Nielsen at Tuesday, July 12, 2016 1 comment:

Email ThisBlogThis!Share to TwitterShare to FacebookShare to Pinterest
Labels: bus 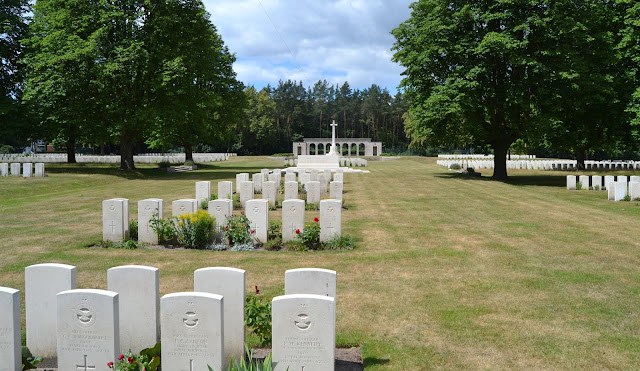 An Opel Bus for Nystrup

The town of Nystrup had no standard gauge railway to provide transport for inhabitants and companies. The nearest railway station was situated in the town of Skovby 8 km. away. Most people in Nystrup used the bus route to Skovby as few had their own car. The bus route had two small buses built on a Ford AA lorry chassis and a large Opel reknown for its soft suspension.

Lately two 1:35 scale kits of buses have been released. Apart from the Ukrainian company Roden's Opel Blitz, Miniart (also from Ukraine) has done a Soviet GAZ bus. I was in some doubts as to which of them I should choose, but the Roden kit won out in the end.

I'm basically just building the kit out of the box without any additions apart from some minor home made details here and there.I'm getting some help from this build blog on a military modelling website.

So far I have been somewhat surprised by the amount of flash on many of the parts. This is my first Roden kit so I have no idea if they are all like this or if I have just been unlucky. I plan to fit the bus with a driver and a few passengers. I will probably have to build the driver myself. Sitting passengers will have to be bought. I already have a standing passenger from MK35. Decals will be designed and specially made to have prototypically correct text and markings on the bus.
Posted by Claus Nielsen at Friday, July 01, 2016 No comments: