Two weeks ago I received some of the Blitz Models French army track panels. I have now built a few of them. Building went smooth and while the resin rails in the kit are in the correct length for a standard 5 m. track panel I replaced the resin rails with standard code 100 rail, primarily to get more structural strength. I drilled holes in the rail ends and fitted the sleepers. They slided on quite easily, but two of the eight sleepers had to be worked a bit with a scalpel, to enable a PECO code 100 rail to slide between the rail clips.

From Blitz Models I also received a small wagon turntable. The casting is well done, but there is noticable shrinking of the resin in the middle of the turntable. I don't think it will be very visible after painting. All the work I did was some minor flash removal with file and sandpaper as well as drilling holes in the rail ends. 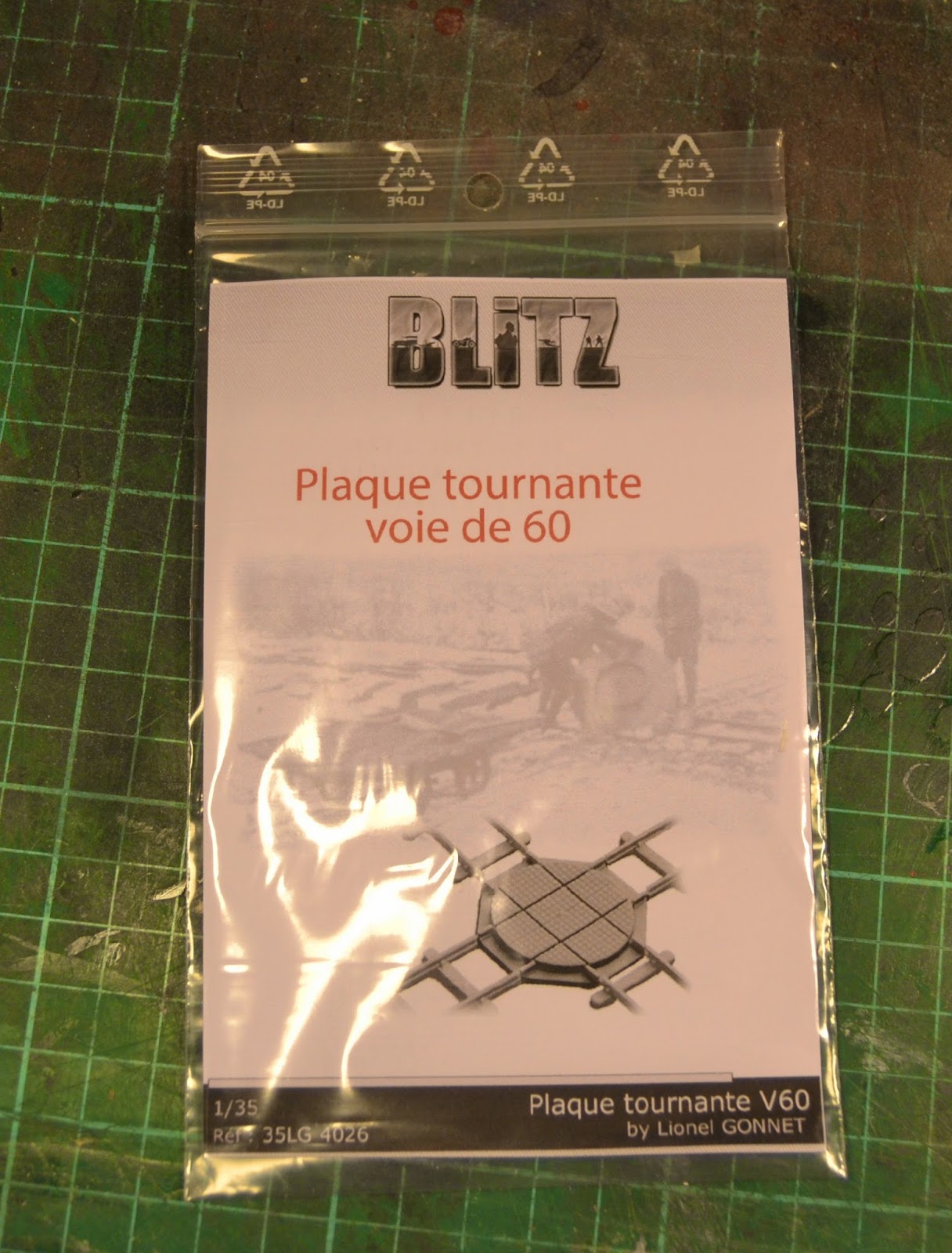 Both track panels and the turntable was primed and then given an air brushing of light brown. A layer of Vallejo light rust was applied with variation so the rust appear as full covering in places and lighter in other. The turntable received a light spray of blue grey on the turning plate. Turntable and track panels were then painted with burnt umber oil paint heavily diluted in turpentine. In places it was supplanted with a little black oil paint. I used a soft pencil to add the look of worn running surfaces on one track panel and on the turntable.

The track is used by Nystrup Gravel on occasions where a temporary track is necessary. Track from the western front in World War 1 did come to Denmark, as the track panels on Hedelands Veteranbane testifies.
﻿

Email ThisBlogThis!Share to TwitterShare to FacebookShare to Pinterest
Labels: The Great War, track