In the past few days I have been enjoying myself thoroughly in the eastern part of exploring narrow as well as standard gauge railways and part of the German brown coal industry. 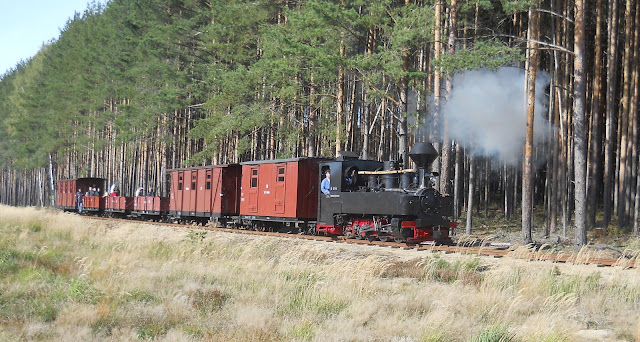 Each year enthusiasts that keep alive narrow gauge railways – almost all of them with an industrial connection – meet for the ‘Feldbahntreff’. A gathering of mostly continental, German speaking enthusiasts keep each other updated with their latest challenges and accomplishments. Apart from the networking and exchange of tips and tricks, a lot of train riding on the host society’s railway is on the programme. 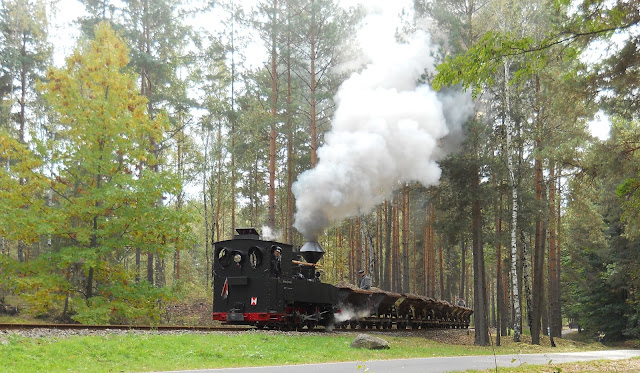 The host this year was Waldeisenbahn Muskau. One of my favourite German railways with an immensely interesting history and three great lines radiating from it’s central hub at the town of Weisswasser. All in a beautiful wooded landscape. The volunteers and employees at Waldeisenbahn Muskau had put together a great programme and were perfect hosts. With WEM's gauge of 600 mm it is hard not to bring home some inspiration to one's own little railway. But gauge isn't all. WEM was built for much larger volumes of traffic and you won't see a Brigade-Lok on Nystrup Gravel. But perhaps an old Austro-Daimler?


More images from the Feldbahntreff can be seen here.

Apart from the time devoted to the Feldbahntreff, a few of my fellow travellers from the Danish Industrial Railway Society and I decided to explore some of the remaining brown coal operations.  Not only to watch the standard gauge railways involved in the coal transport but also to gaze in awe over the colossal machines employed in the mining process and the extent to which the open cast mining is changing geography! In fact the Waldeisenbahn is having one of it’s lines amputated by the huge Nochten open cast mine. WEM plan to relay the line into areas not currently planned for mining.

Read more about the Geman brown coal industry and it's machines at Ostkohle.de and visit some of them at Ferropolis or Besucherbergwerk F60.

Back home I was welcomed by family and a new issue of 'Narrow Gauge and Industrial Railway Modelling Review' fresh from the print shop in Wales. And my vacation still lasts for almost a week. How lucky is one allowed to be?
Posted by Claus Nielsen at Tuesday, October 16, 2012